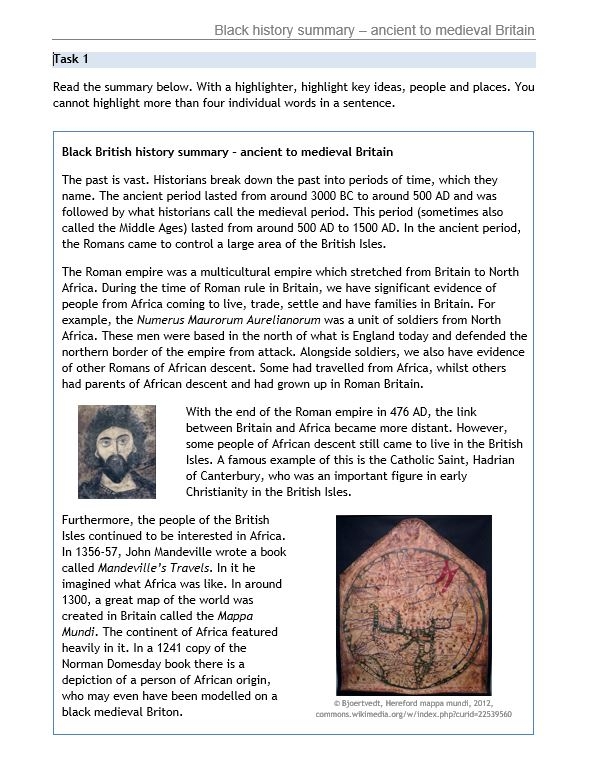 This summary resource is designed to give students an overview of black history in ancient and medieval Britain. From the multicultural Roman Empire to the Norman Domesday Book, they will learn more about the presence and influence of key figures of African origin, including Septimius Severus and Hadrian of Canterbury.

The Roman empire was a multicultural empire which stretched from Britain to North Africa. During the time of Roman rule in Britain, we have significant evidence of people from Africa coming to live, trade, settle and have families in Britain. For example, the Numerus Maurorum Aurelianorum was a unit of soldiers from North Africa. These men were based in the north of what is England today and defended the northern border of the empire from attack. Alongside soldiers, we also have evidence of other Romans of African descent. Some had travelled from Africa, whilst others had parents of African descent and had grown up in Roman Britain.