Gender-neutral language and inclusivity in the MFL classroom

Sheena Newland, Languages Subject Advisor at Pearson, explores the difficulties involved in achieving gender neutrality in grammatically gendered languages and shares her advice and teaching resources on how to be inclusive of all genders in modern foreign language teaching. 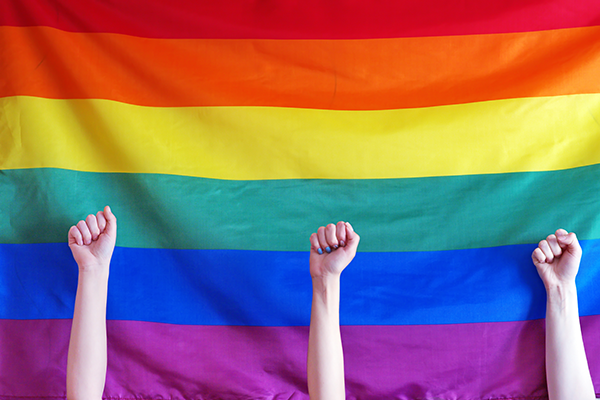 Words are powerful things. Pronouns, in particular, are such small words but pack a punch beyond their size. These little words are currently at the centre of controversy in many of the grammatically gendered modern foreign languages widely taught in the UK.

How should teachers, schools and exam boards, who want to support all students and create inclusive classrooms, navigate this changing linguistic landscape?

The evolution of language

Modern languages are like living creatures – they adapt, they evolve, they cross-pollinate. In recent years, for example, we have seen the rapid social changes around gender identity being reflected in how we use language. In English, many people routinely provide their preferred pronouns in their email footers, whether it’s he, she, they (used as a singular pronoun) or another option.

It is relatively easy to use gender-neutral language in English, but what happens in a grammatically gendered language? Sometimes it can be straightforward to choose expressions that are inclusive. For example:

But in languages like these, where nearly every noun and adjective carries a gender label, there is often a stark grammatical choice between masculine and feminine forms. In human terms, by the time you have taken the register, students in your class who identify as non-binary may already have had to face the dilemma of declaring themselves either ‘présent’ or ‘présente’.

As a result, people who speak these languages, and who want to support gender-neutral forms of expression, are getting creative. They are coining new pronouns, like iel in French, xier in German and nosotres in Spanish. They are inventing alternative adjective endings, like petit.e or heureuxe in French or latin@ in Spanish. They are producing neologisms such as xadres or mapadres to replace the gendered terms madre/padre/padres (mother/father/parents) in Spanish.

Purists may object – indeed, they often do. There is widespread psychological and linguistic resistance to this revolution in usage for grammatical, practical and aesthetic reasons.

The Académie française, the official authority on the French language, considers inclusive writing (using gender-neutral forms) to be a ‘mortal danger’ to French. The introduction of inclusive writing in some French textbooks (for example, using ami.e.s instead of amis, to make the word ‘friends’ cover both genders) prompted the prime minister to ban this usage in all official government documents. The French government recently directed schools across the country to stop using gender-neutral spellings of words, labelling them as ‘harmful’ to the practice and understanding of the French language.

Similarly, in Germany, the Gesellschaft für deutsche Sprache (GfdS) – the official association for the German language – has criticised the trend for using a ‘gender star’ or asterisk at the end of nouns as ‘ridiculous’ and ‘nonsense’. An example of this is Freund*in (friend), which is a new, gender-neutral, form that some German-speakers have adopted.

Spain’s official language institution, the Real Academia Española (RAE), also remains inflexible when it comes to gender-neutral forms like ellx and ells (they). In Italy, the Accademia della Crusca considers the new ‘schwa’ suffix to be ‘dangerous’ for the Italian language, despite the country’s Ministry of Education being an early adopter of this gender-neutral ending in official documents (for example, professorə in the singular and professor3 in the plural).

For linguists, there is always tension between prescriptive and descriptive approaches to grammar and language. The role of a language teacher is essentially prescriptive to a large extent – to teach students how the foreign language should be used and to give feedback on what is correct or incorrect according to the established rules.

This approach is also embedded into exam board specifications and qualifications. We expect students to know how to make adjectives agree, how to conjugate verbs and tenses accurately, and how to pronounce words correctly, for example.

However, teachers are also alert to how native speakers use language in practice, whether that is slang, abbreviations, ‘text-speak’ or gender-neutral words. For educators who want to step up as allies to their non-binary students, embracing and exploring linguistic changes can make the MFL classroom a more engaging and inclusive space that reflects real life.

It is fascinating for language students to consider that grammar may not just be a matter of rules to follow but can also be a mirror of social change – and an instrument of equality. If you are interested in exploring this further with your students, you can download my free teaching resource, ‘Celebrating LGBT+ history and inclusivity in languages’.

Designed as a pack of cultural activities for key stage 3–4 learners, it includes cultural information in English as well as activities exploring the use of new gender-neutral forms in French, German and Spanish. It offers a chance to discuss how students feel about these changes and who they think should decide the rules of a language. You can dip into just one section for an interesting lesson starter or use it for flipped learning, tutor time or a colourful display. You may also want to explore the rest of our diversity and inclusion collection.

In my role as Languages Subject Advisor at Pearson, I have noticed a steady stream of teachers seeking reassurance that their students will not be penalised or discriminated against if they choose to use gender-neutral target language in Edexcel speaking and writing assessments. That is why I’ve recently produced written guidance and a support video to outline our inclusive approach, in liaison with the wider MFL team at Pearson.

At Pearson, we are committed to assessments that are inclusive and relevant for all, which means supporting learners’ use of their preferred ways of referring to themselves within the confines of the target language. If native speakers of a language support gender neutrality in a particular way, by using new pronouns for example, then our examiners will accept these when used by a candidate correctly – even though this usage may not be recognised by language ‘academies’ in some countries.

If you would like to contribute to the discussion in relation to a language that you speak or teach, please do contact me via teachinglanguages@pearson.com.

Sheena Newland is the Languages Subject Advisor at Pearson. She is an experienced MFL teacher with 17 years of secondary classroom experience teaching French and Spanish. She studied French and Italian at university and has spent time living and working in both countries. She also has a background in digital publishing and spent eight years working for Teachit, as Languages Editor and Senior Content Lead.

Shakespeare for the primary classroom

Shakespeare for the primary classroom

Coping with the exam season as a member of staff

Coping with the exam season as a member of staff