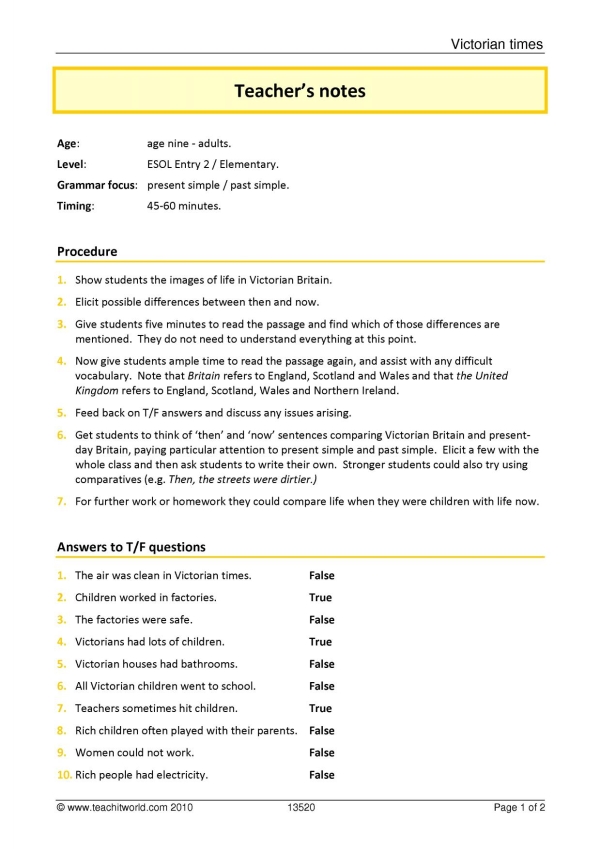 A true/false reading comprehension about the Victorian era in Britain with follow-up sentence writing to consolidate the present and past simple. Best suited to learners studying in Britain so that they can compare Britain then and now.

The Word document and first PDF both contain the text and teaching notes. The second PDF contains a bank of images for use as support and talking points.

An extract from the text:

Queen Victoria was Queen of the United Kingdom from 1837–1901.  This period is called the ‘Victorian era’.

The Industrial Revolution began in the 18th century.  When Victoria became queen thousands of people lived in towns and worked in factories.  The factories made a lot of products and Britain became very rich.  However, they also made a lot of pollution so the air was very dirty.  What is more, the factories were dangerous places.  Children worked in them and many had accidents.

Have you used this resource?

Showing 4 of 9 reviews See all reviews

Showing 9 of 9 reviews Hide all reviews