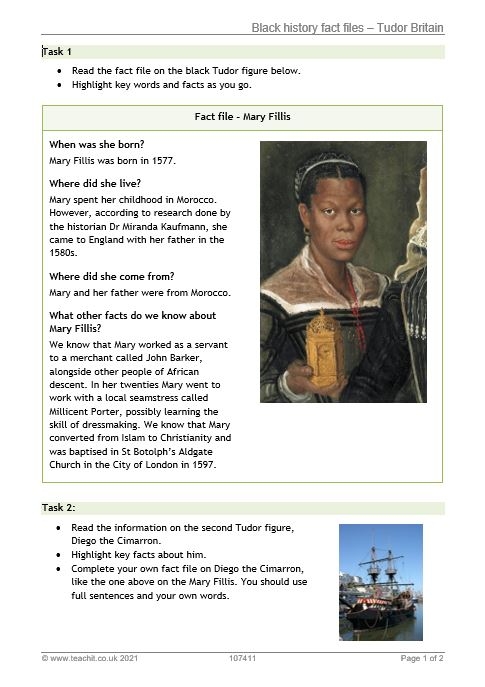 Introduce students to some interesting black figures from Tudor Britain, with these two fact file activities. The worksheet includes information and tasks on Mary Fillis and Diego the Cimarron.

Diego was one of many people of African descent who were enslaved by the Spanish in their empire. Diego had been taken to Panama in Central America. He was probably born in West Africa.
In 1572, the English privateer Sir Francis Drake arrived in Panama. He was a great enemy of the Spanish and sought to steal their treasure for his own profit and for Elizabeth I. Diego broke free from the Spanish and introduced himself to Sir Francis Drake.