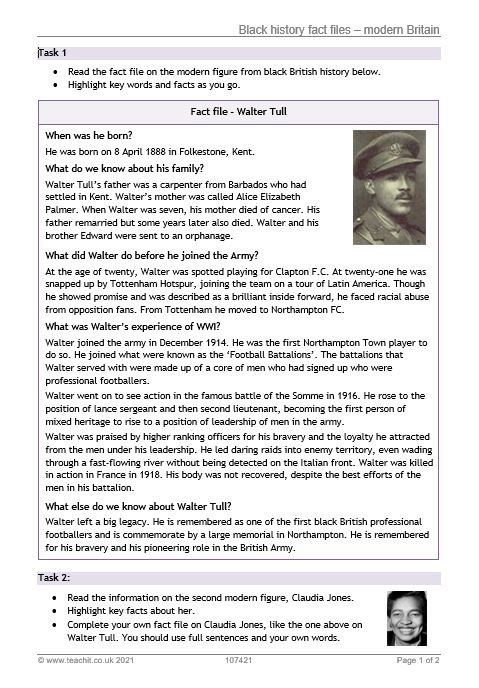 Share the stories of two individuals who have played a key role in shaping black history in modern Britain. Students will find out more about the lives of Walter Tull and Claudia Jones, creating their own fact file.

Claudia Jones was born on the Caribbean island of Trinidad in 1915. When Claudia was nine, her family moved to Harlem, New York, in America. Her family suffered poverty and, from the 1930s onwards, Claudia became involved in campaigns for the rights of working people and African Americans.

Claudia’s political beliefs and campaigning saw her arrested by the United States Government on numerous occasions and she was imprisoned in 1955, after which she was deported to England. In London she became a key figure in the struggle for African and West Indian (Caribbean) people’s rights.