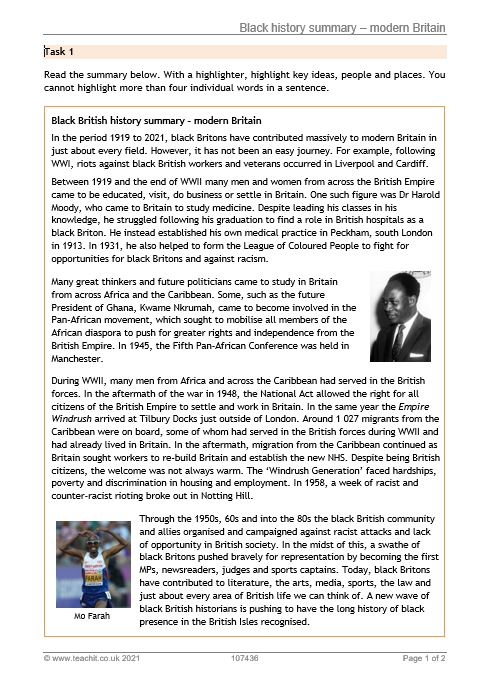 Explore the contributions of black Britons to the the history of the country, with this summary worksheet. It gives a sweeping overview of key events, from the riots against black British workers and veterans in the aftermath of WW1 to the anti-racist campaigns in the 1950s, 60s, 70s and 80s. Students will also learn more about important individuals, including Dr Harold Moody, Claudia Jones, Olive Morris and Sir Trevor McDonald.

Through the 1950s, 60s and into the 80s the black British community and allies organised and campaigned against racist attacks and lack of opportunity in British society. In the midst of this, a swathe of black Britons pushed bravely for representation by becoming the first MPs, newsreaders, judges and sports captains. Today, black Britons have contributed to literature, the arts, media, sports, the law and just about every area of British life we can think of. A new wave of black British historians is pushing to have the long history of black presence in the British Isles recognised.