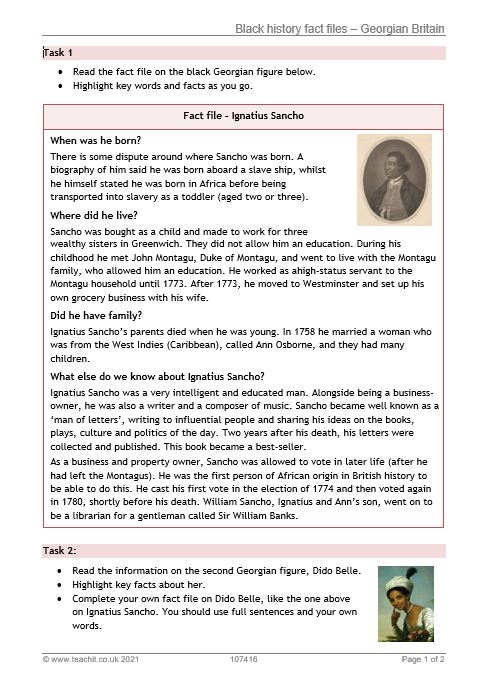 Explore the lives of two interesting characters from Georgian Britain, using these black history fact files. Students will find out about Ignatius Sancho and Dido Belle, with a number of tasks to complete.

Dido Belle was born into slavery in 1761. Her mother, Maria Belle, was an enslaved woman in the Caribbean and her father was Sir John Lindsay. Lindsay had met Maria during his time in the Caribbean as an officer in the Navy.

At some point, Sir John Lindsay had Dido bought from the Caribbean to England. She was baptised in 1766 in London at St George’s Church in Bloomsbury. Dido went to live with her father’s family at Kenwood House on Hampstead Heath in north London. She lived there with her father’s uncle William Murray, 1st Earl of Mansfield, who as Lord Chief Justice was a powerful figure in the justice system.